skip to main | skip to sidebar

chicago is an absolutely gorgeous city. and we luv our Lincoln Park neighborhood! lots of fab gals popping into our malia mills chicago store on lovely north halsted! leslie is on her way to mexico for 4 months. love that. nancy is headed to her island retreat -- she's been going there with her family for 20 years. yahoo! 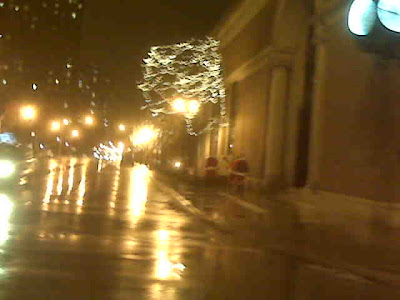 look closely and you will see a gaggle of santas. must've been at least 8 of 'em. one of them was dribbling a basketball. they walked right in front of us while we waited for the light to change. As you can see it took me a while before i fished my phone out of my most excellent malia mills canvas safari bag but you get the idea. this was not the last group of santas. we saw another santa in a brightly lit diner putting on his parka -- he had taken off his red coat and wore only a thermal shirt and a fat belly tied around his neck and waist. I wasn't quick enough to capture that guy. we decided it must have been a santa convention since brooke (she bought her first malia mills swimsuit ten years ago and she still wears it!) had told us at the store that day that chicago is the city of conventions. 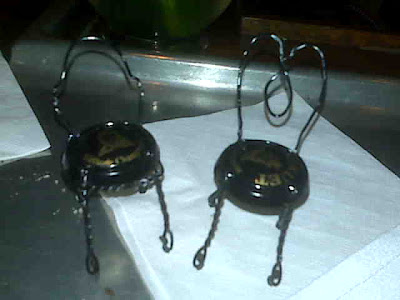 lissie, our fab malia mills chicago store manager, and i had our very own little holiday party before she jetted off to vegas. After we closed up Lissie drove me all over town to check out the scene in each neighborhood. Finally, I said, let's find a cozy french bistro. And two blocks later there it was, as if we had willed it to be! the bartender joey made these funky fresh french cafe chairs for us from the fixins' of champagne corks. no, we did not polish off two bottles! a special shout out to joey who is a rockstar bartender at bistro zinc -- an old school bistro serving up great food and great conversation for 11 years! 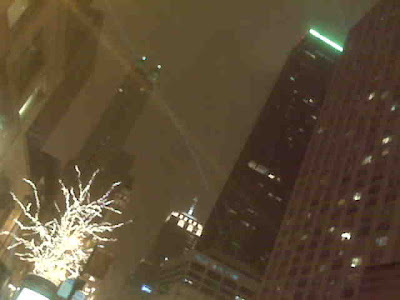 i'm not sure there is anything more inspiring to me than a strong city skyline seen from the street. especially in the snow. during the holidays. while dodging oncoming traffic. 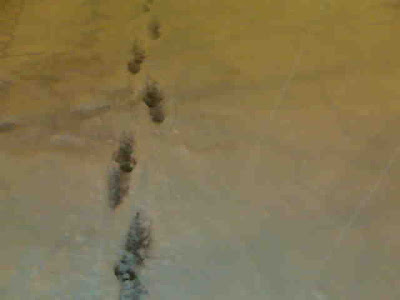 the first steps in the freshly fallen snow. i backed up to take a photo of the waterworks building and fell right on my rear. it's de rigeur to take a bit of a digger during the first snowfall! 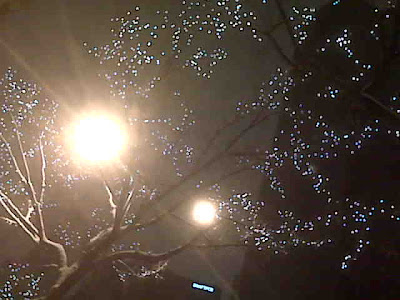 this is one of the many trees standing proudly and showing off its new set of lights on michigan avenue. michigan avenue is especially brilliant and beautiful this time of year.
on monday I went to the very cool Bucktown neighborhood where i had a fresh caprese sandwich with Tricia who owns a super chic clothing store in Bucktown called p.45. shop there for delicious creations from emerging designers both from chicago and other cities near and far. it's a must do during a visit to the windy city.
another must do is the signature room. it's on the 96th floor of the Hancock building. It has a panoramic view of the city and it is by far one of the most breathtaking views i've ever seen. for real. in my whole life.

cheers to chicago! what a fab city!

Posted by malia at 3:57 PM No comments: Links to this post

Good Chi To All from Malia Mills!

Please click the above title or go to the url listed below
http://maliamills.com/Pages/shoponline/Dresses/maliachimail.html
for our Malia Mills CHI-mail message!
Happy Holidays! And Thanks! 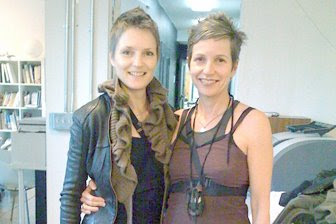 Malia Mills and partner/sister Carol Mills.
Posted by Carol, Partner Malia Mills/Sister of Malia Mills at 3:29 PM No comments: Links to this post 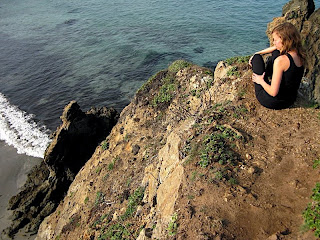 i LOVE my munich track pants so much. i lived in them on my vacation last week. i cruised around the mission in san fran wearing them, i climbed the ecological staircase in them, slept under the redwoods in them, pulled them off just before gettin in a volcanic hot spring in umpqua (then i slipped on my calendar girl. HOT!!!) oh, and i thrifted in my track pants. and partied in portland in them. i wore these beauties all over california and oregon. with old hiking boots, with black converse, with platorms. under dresses, little school boy blazers and layers and layers of wool scarves and grandma sweaters. I even stopped to wash them in the sink at a rest stop -- yep it had been days since a shower and there were campfires and poison oak.. but i had to keep on in them. an absolute favorite. so yeah, they're super comfy performance pants or whatever but the real point is, i looked like a badass the entire trip.
Posted by ea at 2:01 PM 1 comment: Links to this post

Please leave your email so we can contact you! Thanks, Carol
carol@maliamills.com